The Art of Engkanto's Craft Brewing in the Philippines

We'll assume you enjoy drinking beer as much as we do, that's why you're reading this post. Beer, which has been part of your family gatherings. Beer, which has heard the best-kept secrets of your closest friends. The unforgettable life events we can all think of together with beer are practically endless.

But let's put down our bottles for a moment and ponder on craft beer. In the Philippines, craft beer is familiar to many, relatively strange for some, but it hasn't really made its home yet.

Let us take you in for a ride through the process of craft brewing where we hope you'll pick up a greater appreciation for the art that every one of us in Engkanto takes pride in. 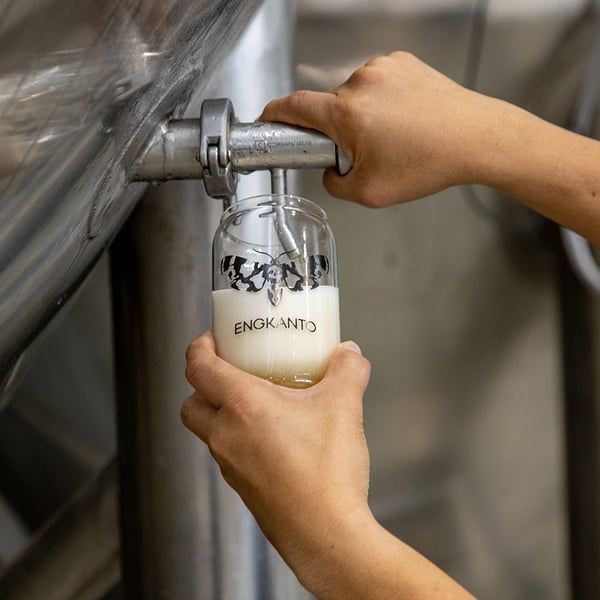 It ain't rocket science, but it's science with art

The process of brewing beer is a science of ingredients, time, temperature, and pressure. A slight change in any of these factors can dramatically alter the outcome of a product. Moreover, if you have the same exact ingredients, and brew them precisely at the same time, temperature, and pressure, but in two separate locations, say Manila and New York, you will then have two distinctly different products.

What does this mean and why does it matter? Well, if you happen to be geeking about how beer brewing works, a crafted creation is inevitably different from one place to another, given the different elements that belong to a specific location. That's the reason why brewing a craft beer marries science and artistry. It's an expression of intellect and passion for the beverage we all enjoy. 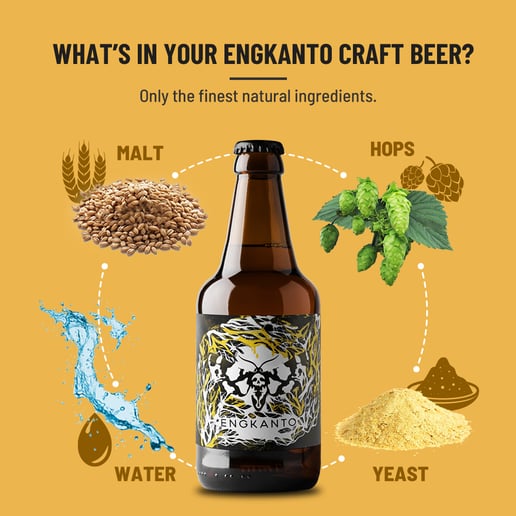 A closer look at the main ingredients

When developing any of the over 75 styles of beer, brewers typically work with these four main ingredients: malt, hops, yeast, and water.

As simple as they are, dozens of books on each of these individual ingredients have been written about their use in the brewing process. Once brewers have chosen their desired style, then comes the “art” because each style has an unbounded variety of combinations and variations of ingredient categories.

Malt, the first ingredient on the list, has certain types (base malts or specialty malts) that are used for a specific style. The amount of malt variety has a direct effect due to a myriad of interconnected characteristics: flavor, color, body, mouthfeel, and aroma.

After the brewers have selected their malts, next up is choosing the yeast that is suitable for a particular style. Again, the selection is based on a variety of factors: flavor, mouthfeel, aroma, clarity, attenuation, and alcohol content. If any of these characteristics come up short from a brewer's desired outcome, another yeast strain will be selected, and another batch should be brewed. Every change made to any ingredient takes anywhere from 14 to 30 days to take full effect. It's also important to note that with any yeast strain, adjustments to temperatures during fermentation can also offer some beneficial changes to the final product.

Hops, the third main ingredient, is arguably the most exciting of the four ingredients in the practice of craft brewing. Hops have been used in the brewing process primarily for balancing the beer's bitterness based on its style, not for its overall flavor profile. Recently, hops and the process by which they are used in beer making has dramatically changed. Not only has there been an explosion of new hop varieties through cross-breeding and genetic modification, but brewers have been experimenting with new ways to use the hops. Hops added to the boil can dramatically affect the flavor and bitterness of the beer.

At Engkanto and in some craft breweries, hops are added during the fermentation process, and this practice is called dry hopping. It gives the beer a citrusy aroma and taste while adding a juicy body and mouthfeel. The number of hops added to the beer during fermentation can again enhance the flavor and texture of the product.

Any meticulous brewer would tell you that the water used in the brewing process is the real game-changer. The delicate balance of a water profile can dramatically alter the outcome of the beer so much that some beer styles were created because of the geographical region in which they were brewed. Water is such a pivotal ingredient in the brewing process that breweries will even strip their raw water of all its natural minerals through reverse osmosis and rebuild the water to match the specific water from different areas of the world by adding minerals and salts.

To be as authentic to the styles we've chosen to brew, Engkanto uses this same process, demonstrating the interconnectedness of science and art in developing a beer. 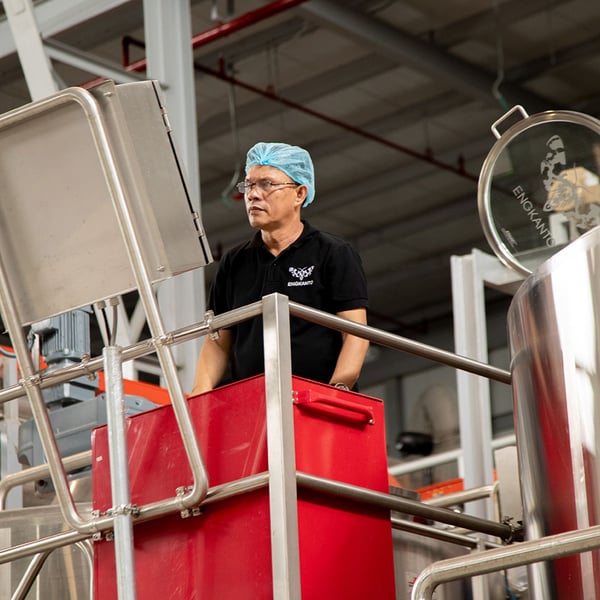 With all these ideas in mind, the brewers at Engkanto began with trial-and-error that's crucial in any brewing process. For more than 18 months, we've brewed each intended style dozens of times, changing one variable per batch until we finally captured each Engkanto beer to be what it was imagined to be.

Understanding the palate, cuisine, and culture of Filipinos was paramount in choosing and artistically crafting the appropriate styles for this emerging market. Once we knew that each Engkanto beer was exactly what we had imagined, we began the process of scaling the recipes. While the art and craft in the brewing process were completed, the final challenge we overcame was to use the science of brewing in measuring each parameter and making sure that every batch is unique while maintaining consistency. The modern technologies in Engkanto brewery made it happen, along with the detailed processes we carry out every day, which are proof of the standards we set for ourselves.

With that, we give our guarantee that every bottle of Engkanto remains pure to the brewing tradition without the use of additives, preservatives, and other unnecessary ingredients.