Brewing Session: What You Must Know About the High Hive Honey Ale

No other drink in the world stirs up excitement like craft beers.

The number of beer styles alone—over 100 are recognized by the Brewers Association—is enough to keep hordes of beer lovers curious and thirsty. On the flip side, it can also be intimidating.

If you're just setting off into the craft beer world full of different colors, aromas, and flavors, an approachable style should be your jumping-off point. But what exactly is it?

Early in his homebrewing days, Engkanto Brewmaster Michael 'MJ' Jordan found a deep interest in making Honey Ale. The beer, he describes, "is not too complex nor too elaborate, but simply enjoyable. It has the potential to lead more people into craft beers."

Countless drinking sessions and decades of brewing later, MJ is still true to his word.

In part two of this four-part series about Engkanto's beer line-up, let's make a beeline into craft beers with High Hive Honey Ale. Discover the natural ingredients, brewing process, and local collaboration that paved the way for this easy-to-drink, prizewinning beer.

A brewmaster unlocks the entryway

Honey Ale is the style that opened the gates of the craft world for Brewmaster MJ.

In his perspective, it's a good entryway to introduce Ale as the other main beer style next to the Lager. And while Lager is the most consumed beer in the world, Ale is considered the more versatile in terms of character and flavor profile.

After taking the helm of Engkanto Brewery in March 2021, MJ soon realized that the Honey Ale style can draw more local drinkers closer to craft beers.

"The local palate in the Philippines tends to choose sweeter items, whether in beverage, food, or merienda, so we latched on to that idea," explains MJ. "It's definitely a factor in our decision to brew with honey."

With that, the development of the High Hive Honey Ale took off. 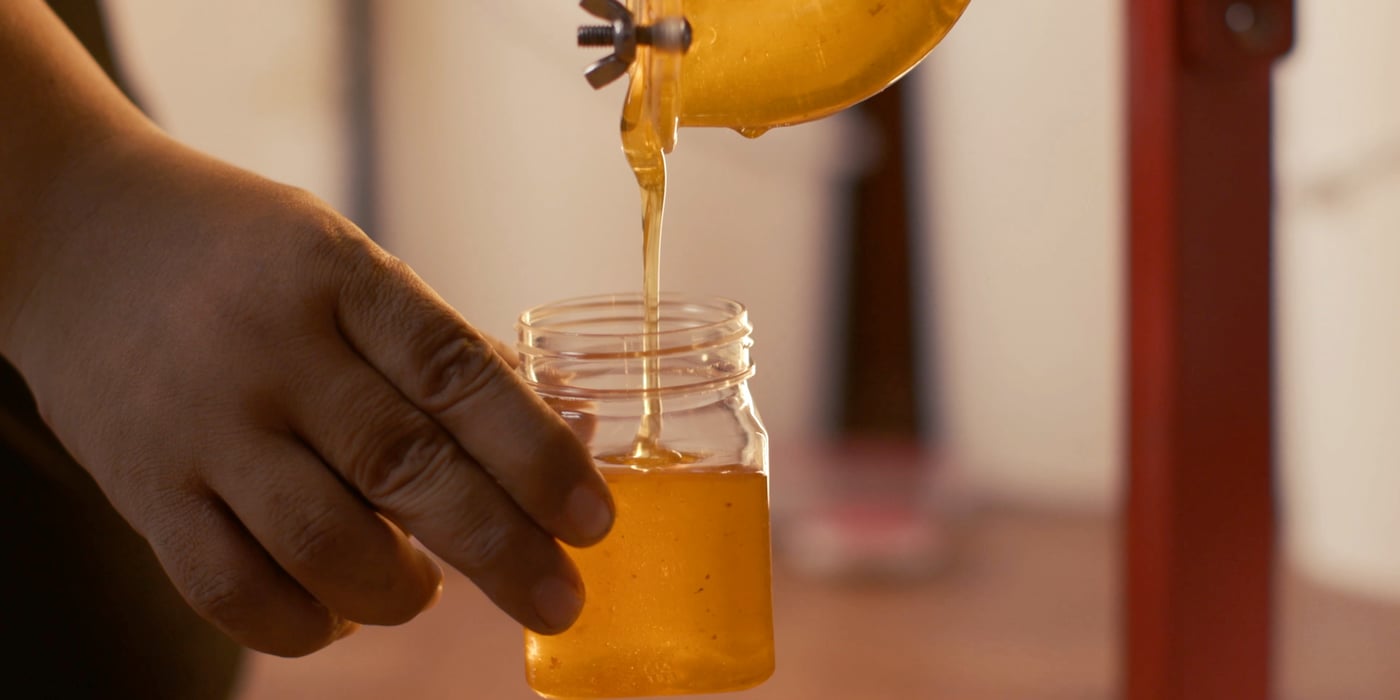 In harmony with bees and beekeepers

What can make a Honey Ale beer stand out? High-quality, all-natural honey, of course.

Team Engkanto wanted to source the key ingredient from farms around the country. What we've stumbled upon, with the help of a dedicated contact point, is a small community of beekeepers in Baguio and Bukidnon.

"The honey these beekeepers harvest is beautiful," describes Brewmaster MJ. "It's more complex than the standard honey you might get at the supermarket. It has nice aroma and viscosity, and has a pretty low moisture content."

Beyond the quality of the honey, the dedication of the beekeepers is something our team admires. Hardly anyone hears about what they're doing, but their love for preserving nature’s bounty resonates. It’s fastened to high aspirations of offering a homegrown product, but on a world-class level.

"Meeting some of the beekeepers opened my eyes to how passionate they are in their trade,” says MJ. “There’s kind of a kindred spirit with their community that's quite different than ours, but related in principles at the same time." 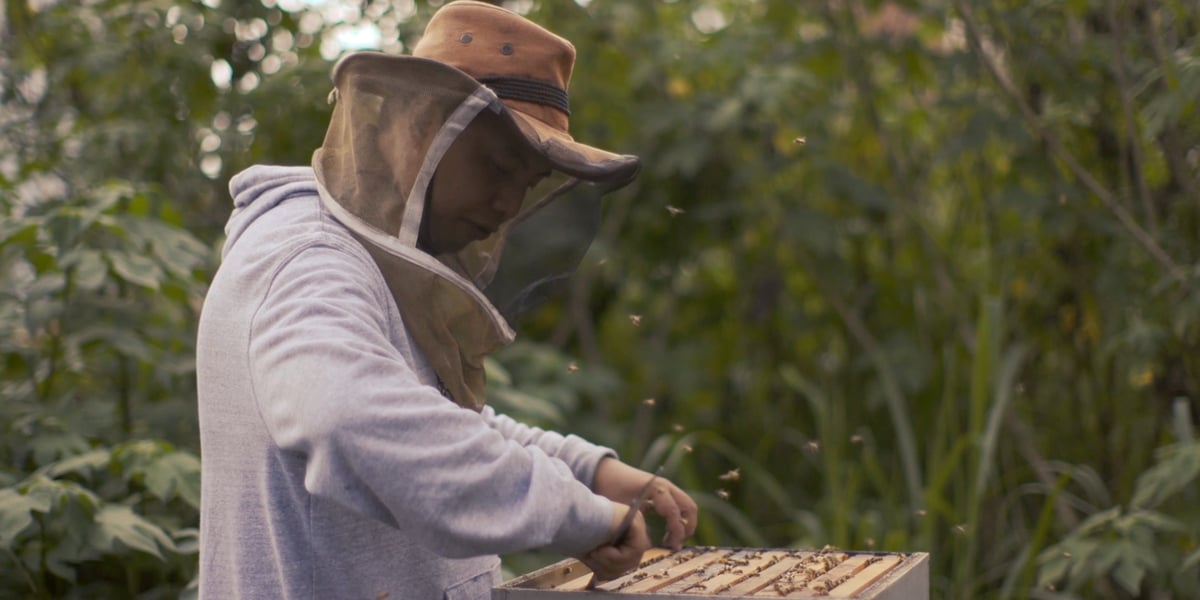 The subtle star of the show

A simple malt profile and two types of hops give room for the natural honey to shine as the star ingredient.

Hence, honey is added twice in brewing: first in the brewhouse and second after fermentation. The goal is to have pleasant aromas and flavors in a well-balanced beer without making the honey overly sweet and heavy.

Brewmaster MJ takes great satisfaction in achieving the balance of sweetness and low bitterness among the ingredients. The honey should be noticeable with just a tickle of sweetness, but not over-satiating for the Filipino palate.

Brewing to infuse honey, not merely adding it in

In a standard flavored beer, say, one that has apple or passionfruit, the flavor is typically dosed in.

A neutral base beer such as a Lager can suddenly become a passionfruit-flavored beer because of the hasty flavor addition. That flavor can come from an extract, concentrate, or sometimes an artificial source.

It's not what we're doing with the High Hive Honey Ale, which is a honey beer.

We want to have a high-quality local ingredient and build a beer around it. The ingredients of the beer are in harmony and strike a balance. As MJ puts it poetically, "like a match made in heaven." This is opposed to injecting flavors into the beer just to put out the flavor of the season.

On another note, High Hive Honey Ale shouldn’t be confused with mead or “honey wine.” The latter is an alcoholic drink made by fermenting honey in a simpler process compared to the complexities of brewing. 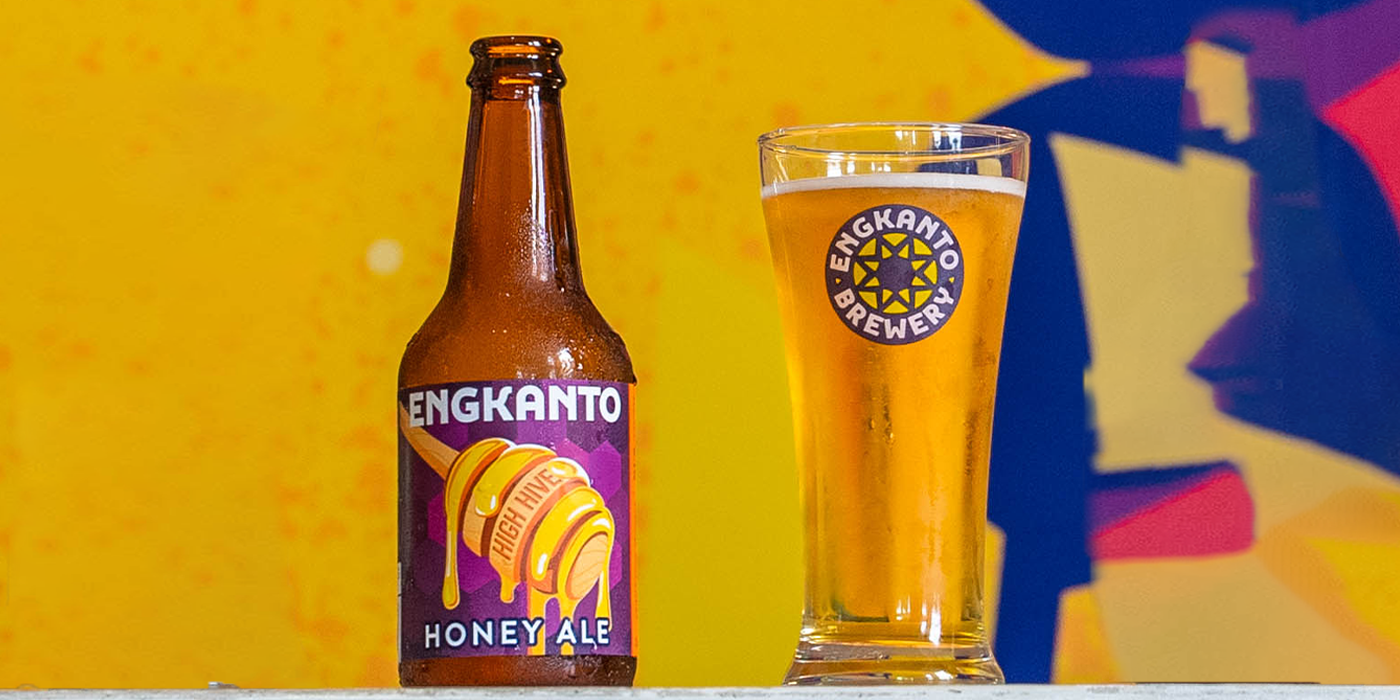 Pairing a prizewinner to your favorite dishes

It took home the coveted Country Winner and Gold Medal for the Honey & Maple Beer category.

In a similar fashion, you can treat your picky tastebuds and pair the beer with your favorite light salad, fish, and chicken dishes. Brewmaster MJ enjoys sipping a High Hive with delicious chicken wings. It complements sweet and savory sauces, while it contrasts spicy dips.

And at an average alcohol content of 5.1% ABV, it’s easy for anyone to savor on any occasion that deserves a one-of-a-kind craft beer.